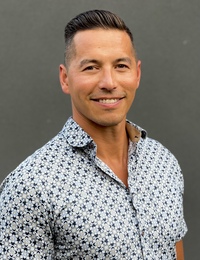 Ryan graduated from the University of Alberta with his Masters in Physiotherapy in 2006. He completed his Bachelor of Science degree at the University of Lethbridge in 2004 with a major in Exercise Science. Ryan played junior hockey for the Calgary Royals in the Alberta Junior Hockey League for three years after which his hockey career continued with a NCAA Division 1 hockey scholarship to Bemidji State University in Minnesota. Unfortunately, his NCAA career was cut short by injuries. However, he was able to have surgery and rehabilitate enough to return to the University of Lethbridge to play for the Pronghorns in the CIS. Ryan’s interests include hockey, snowboarding, wakeboarding, golfing, hiking, camping and all the other activities the Okanagan Valley has to offer.

In the summer of 2010, Ryan joined the Kelowna Manual Therapy Centre and recently became a partner in 2012. He enjoys helping clients return to unrestricted activity. He offers a comprehensive treatment involving manual and exercise therapy for all musculoskeletal disorders whether they are caused by trauma, work or sport. With his certifications in acupuncture from the CAFCI, as well as his certification in Gunn Intramuscular Stimulation, Ryan offers multiple needling techniques as part of his physiotherapy services. He is also is a provider of DONJOY custom knee braces. Ryan has a special interest in pursuing further post-graduate qualifications in manual therapy and sports physiotherapy.